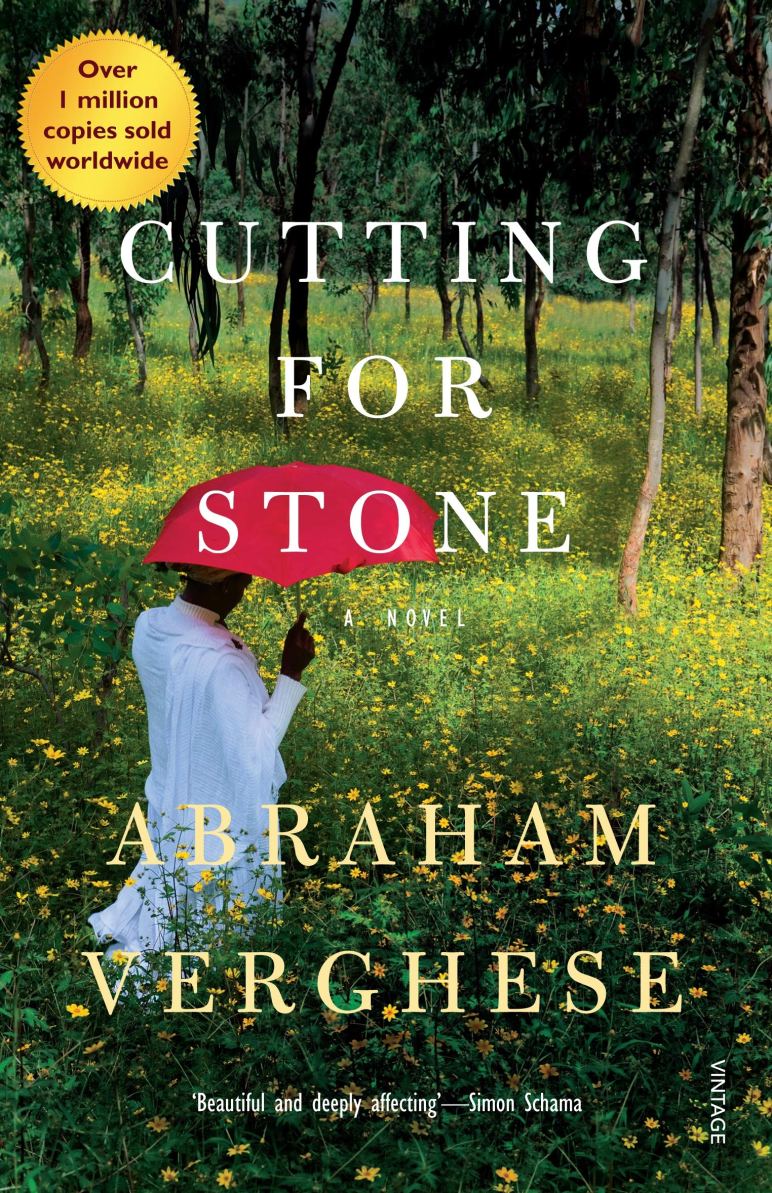 The meandering path of this story, spanning over five decades and three continents, it’s a son’s journey to understand a mother who did not live, a father who did not own up, and a twin brother who did everything his opposite, except that they were both doctors. A story around medicine in remote inaccessible corners, and a family, by birth and by destiny, love, betrayal and longing built around lives of life-saving doctors. Their skills, abilities, flaws and choices.

…to tell the story. It is one my mother, Sister Mary Joseph Praise, did not reveal and my fearless father, Thomas Stone, ran from, and which I piece together. Only the telling can heal the rift that separates my brother and me.

Marion and Shiva, twins with their entwined lives.

What is the texture of that betrayal which only your twin can do to you, because he looks exactly like you and because he can think what you are thinking and feel what you are feeling. But not care about the action he takes on your feeling because he is still, a different human being. You are both same but not the same, not totally. But having done all that he can do, not intended to hurt his brother, but does it in any case, and still leaves the brother with the most precious donation only he could give, and the burden to live with it.

Two young nuns torch-bearers carrying Christ’s love to Africa, what better way than to spread healing. A family constituted for the pursuance of medicine, in treating disease and complexities. They bond over their compelling desire to solve diseases. Unknown to them, the Government General Hospital in Madras had housed all of them at some point of time, and Missing (Mission lost in pronunciation) Hospital did that at another, caught in the conflict, Ethiopia.

This is a book of Eyes and Nose and Memory. Descriptions of the anatomy, the disease and the procedure will make you queasy. It will be like you can see and smell what was happening inside an OT.

It tells about lives caught, decisions made in desperation of war and conflict. Between countries, among people, between duty and compassion, choices made in fear and how that writes your life, charts your path.

We are all fixing what is broken. It is the task of a lifetime. We’ll leave much unfinished for the next generation.

The book begins with a dedication.

For George and Mariam Verghese

(Love is blind. Bestowed in love. Love is the breath that sustains us)

I was often reminded of Maugham,

“well, to tell you the truth, because I can’t imagine anything more heart-rending than to love with all your soul someone that you know is worthless.”

Whether it was worthless in this context of the story, it certainly brought irrevocable and unimaginable misery, perched on that life, parasitical and metastasized, never letting go till….

And the mystery, what was in that letter which Sister Mary Joseph Praise wrote to Surgeon Thomas Stone.

And where is it?

2 thoughts on “Cutting For Stone”

This site uses Akismet to reduce spam. Learn how your comment data is processed.